Mohammad Lutfar Rahman is an avid sports lover, who has demonstrated an extraordinary skill as an organiser from a young age to reach the pinnacle of success in domestic cricket. Raised in downtown Dhaka where he was born on September 9, 1969, he grew up watching football, cricket and several other sports in his childhood days, which created quite an enormous passion in him. The winner of a presidential award as a boy scout in his school life, he has some leadership qualities in him which enabled him to become a successful organiser. 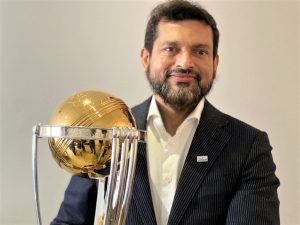 He discovered chess was his first love in sports, when he participated in a national junior meet to finish fifth. However, just like many other contemporary boys, he quickly switched his attention to football and cricket and was soon made the captain of the Motijheel Ideal School team in both the categories. He solemnly began playing cricket when he enrolled his name in Shantinagar – B, a popular breeding ground for many talented cricketers in the 1980s, for Dhaka’s Second Division League. To pursue his business career, which is another success story, he had to abandon his sporting ambition after three seasons at the club from 1990-93. But the zeal that has already become an undeniable part of his life was not coming to a halt so easily. He returned to the field of sports as an organiser shortly and made some meaningful contributions for a meteoric rise to success.

CAREER AS A SPORTS ORGANISER 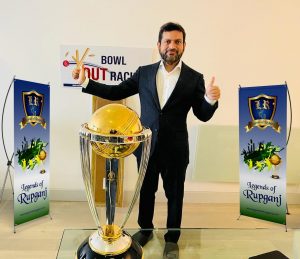 Legends of Rupganj President at Bowl Out Racism campaign at London

2011-till date: Permanent Member, Mohammedan Sporting Club Limited 2005-2007: Executive Member, Bangladesh Cricket Board. Bangladesh Cricket Board is the cricket oversight body in Bangladesh. Once known as a game of elites, cricket has now a place among the masses thanks to the exploit of Bangladesh National Cricket Team. This is perhaps the only sport where Bangladesh has a global reach, a fact that made the game widely popular across the country. Bangladesh Cricket Board helped the game evolve thanks to the dedication of players, organisers, sponsors and countless fans. As a full member of International Cricket Council it has the resource that is needed to run the game from school to Test level. With the help of a group of professionals, some dedicated organisers manage the wealth that has made Bangladesh now one of the top cricketing nations in the world.

2004-2005: Vice-Chairman, Young Pegasus-B. Young Pegasus is a club best known for unveiling some raw talent and nurturing them to become a star. Success has a different meaning to the club, which never yearns for the championship rather takes the pleasure from creating some champions.

2008: Chairman, Cricket Committee of Brothers Union. Once regarded as a giant, Brothers Union has lost much of its strength being unable to meet the need of the hour. A former champion in the Dhaka Premier Cricket League, Brothers now has put much of its attention in football where it is a topflight professional team. In cricket the club may have been relegated to first division, but it is always believed that the club at least has the capacity to muster its power to reemerge as the power that it was.

2011-2012: Chairman, Governing Council, Victoria Sporting Club. The reigning champion in Dhaka Premier League, the country’s top 50-over league, Victoria Sporting Club, which has also a century-old history. Some top cricketers of Bangladesh like Shakib Al Hasan, Tamim Iqbal has played for the club in 2011-12 seasons to help it lift the tile against many odds.

2012-2013 date: Owner, Gazi Tank Cricket Club- A privately owned club that turned from a mid-table Dhaka Premier League table to champions under guidance of Mohammad Lutfar Rahman. In 2014, the club was renamed as Legends of Rupganj. Legendary Indian cricketer Shachin Tendulkar unveiled the logo of the club.

** Awarded ‘Organiser of the Year’ by the Bangladesh Sports Press Association in 2012. This is an annual award given by the journalist body in since 1964 and is reserved only for dedicated and successful sports organisers, players and institutions.